What happens when members were Not Seen? Check-in with them.

Where is that member you're looking to hear? Have you seen them recently active in this segment? It's too bad that they may be not seen for a while.

As we come to the end of our Community Grid Segment series, we have a significant but concerning segment: Not Seen. Each article describes different storylines and helps readers understand how every segment's engagement helps them evolve or decrease into a lower segment in the grid. Seeing how different activities affect their community health and the formed alliance of community members and helping to raise the interaction between them.

Members move from one segment to another the moment they sign up for an account in Port. Depending on their activities, the frequency and recency of their engagements determine their segment and give community managers a broad view of their community.

What should you be expecting from a Not Seen member in your community? Here's how our co-founder Nick defines these members:

People who belong in the Not Seen segment have been interested in your product, signed up, and followed your product. They're not as much involved as other segments. Still, they contribute to being a potential user of your solutions, even though they've not been the most active members, mainly because they're active in other communities and subjects. You can include these people to be possibilities that you could turn into actual, active members.

Let's focus on Norah for this segment. Norah is a developer who uses the product and hasn't been so active throughout the period they've created a user account. They are primarily active in other communities and projects and their profession and helping others over community platforms. They've been not so engaged in your community that leads them to be in a slightly different part of the grid, which is the Not Seen segment.

In their journey of being a part of your community, they were interested in blockchain and young startup's, primarily searching for their technology and comparing different ones with others. They're mainly using Port for a search tool, exploring the intersection of Rust and blockchain.

Norah’s help to others wiith answering a question over StackOverflow had added them a beneficial engagement in the grid. They were working and doing valuable projects online. Even though it was a pretty compelling action, they didn’t took any other reported action for a while. This caused them to slowly but surely to move into the Not Seen segment, which implements that they’re not engaging with the community anymore.

Even though they haven’t engaged after that answer, many people benefit from Norah’s answer and use it in their work. This answer allows them to have a slightly higher Port score but lowers their segmentation. When members move into such situations, there are a few things to try and make sure you stay in contact with them.

It would be best if you first were sorted their prospect and find what they have been working on, what they’re doing outside of your community and surface them. Next is to see if you can talk to them and see what’s been happening with their work. Try to engage with another member working closely with them and try to lead a new and strongly built conversation. Try to get their attention and focus and get them to stay in close contact with them.

It is still possible to build a healthy and robust relationship with them, which occurs when they start engaging with you, such as a poll request, asking questions over Slack or joining a conversation over Discord. This engagement will quickly move them to the promising or higher segments.

They only need more interest in your product and community; make sure to share your updates and news with them so that they’re more likely to engage with you.

All you have to wait for is their first attempt at engaging with you!

Are you curious about the Engaged members in your community? Why not see what that segment looks like for real? You can do that in less than five minutes with Port for free, then learn how to grow it more effectively. 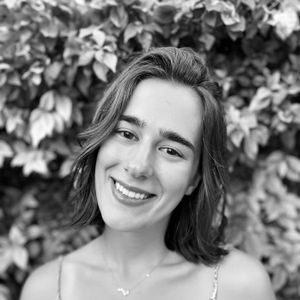 public – 6 min read
So we've come to the end of our Community Grid Segments [https://blog.port.dev/tag/community-grid-segments/] journey but as…
Jun 8, 2021
Safia Mendez 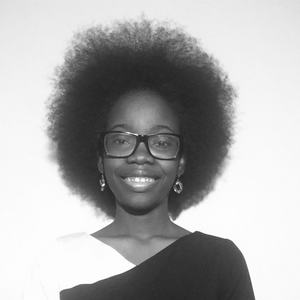 At Risk Member Alert! What to do when your members are on Red Alert

public – 5 min read
Geez! I don't mean to be the bearer of bad news but if you don't do something about this member…
May 25, 2021
Safia Mendez

Time to get on one knee for these members, they're engaged!

public – 4 min read
In Safia's previous article [https://blog.port.dev/out-of-touch-what-to-do-when-your-members-are-adrift/], she explains one of the more concerning and less frequently engaged…
May 21, 2021
Selin Ece Bahçecik